A bunch of big strange stuff happened recently around the world and it’s only the 3rd of July.

On the 1st of July, up near the top of the world, 14 sailors died in a fire on a top secret Russian “nuclear powered” submarine in the Barents Sea. 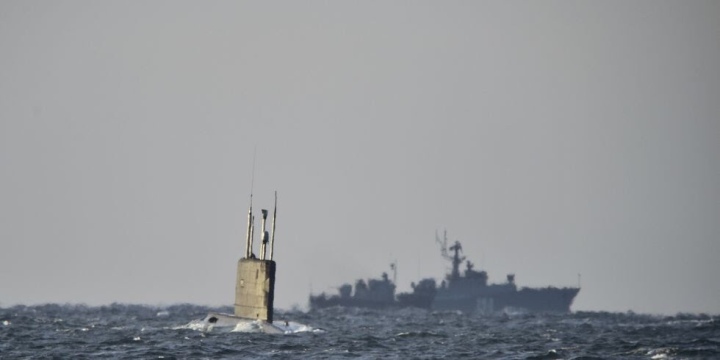 On July 1, a fire onboard a secretive Russian nuclear submarine killed 14 sailors before it was extinguished.

On July 2nd was a huge NATO anti-submarine exercise according to the Moscow Times. 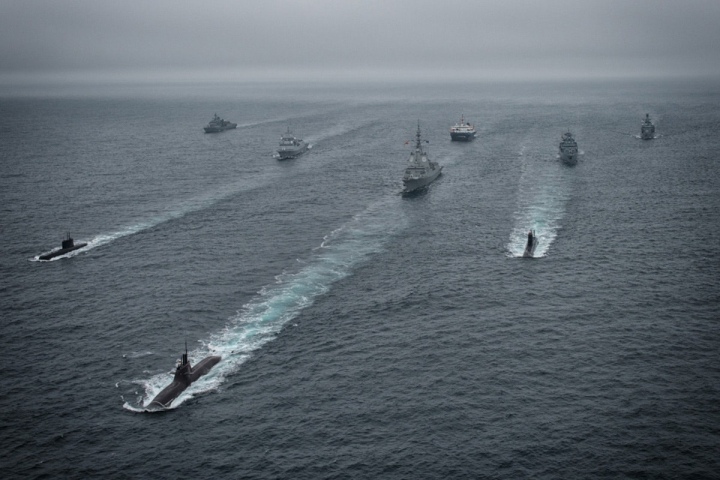 On Tuesday, NATO kicks off its annual anti-submarine exercise Dynamic Mongoose in the Norwegian Sea west of Andøya, northern Norway.

There was a fireball over Florida in the early morning July 3rd which was reported to be Chinese rocket debris.

July 3 (UPI) — The U.S. Air Force said a fireball that lit up the night sky over Florida was debris from a Chinese rocket.

Also on the 3rd, sink holes opened in Florida and swallowed some trucks. 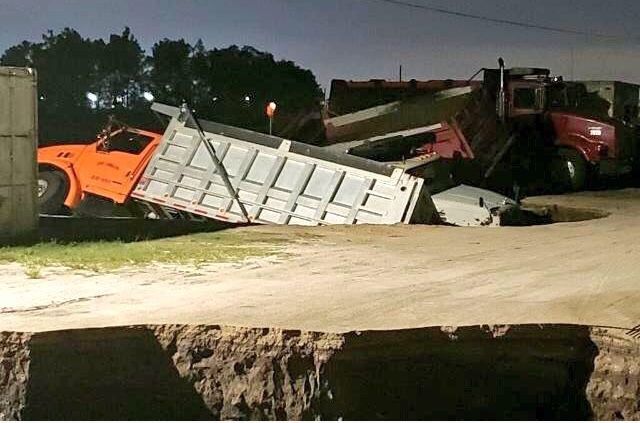 Authorities in Florida said multiple trucks were swallowed up by a pair of sinkholes that opened up under a business early Wednesday.

Also today, July 3rd, a gazillion photos on Facebook, Instagram and WhatsApp disappeared for 7 hours due to a technical error. Many were replaced by text showing what AI had guessed the photos were of.

I watched coverage on Agenda Free TV of this massive social media outage on Periscope, which was still working. 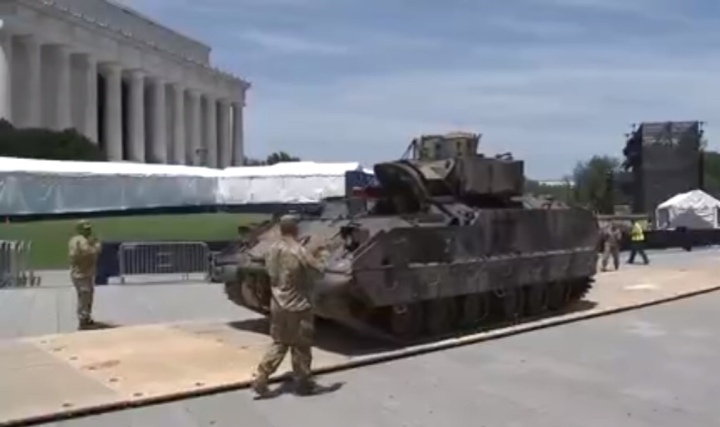 The tanks are part of planned 4th of July celebrations.

Another oddity for today, July 3rd, was a man claiming he was “God” being arrested and returned to Puerto Rico on a Delta Airlines flight.

Delta Air Lines flight attendants restrained a passenger on a flight from Puerto Rico to New York after he shouted “I am God!” and claimed he would save the world, forcing the plane to return to the airport in San Juan, Puerto Rican police and the airline said on Wednesday. … Puerto Rican police then took custody of a man identified as Carlos Ramirez, 30, and the case was taken over by the U.S. Federal Bureau of Investigation, police said in a statement.

The suspect “was aggressive and shouted ‘I am God! San Juan is going to disappear tomorrow. I came to save the world and I am going to end terrorism,’ and he also tried to enter the main cabin,” the statement said.

As of last month US – Russian relations were at a historic low as an advanced 426 foot long Russian war ship arrived in Cuba near the end of June. Still there?

That’s the latest strange news summary. Have an enjoyable, safe and sane 4th of July, 2019.