Here’s a strange ongoing problem in Canada. Since February 27, 2015 when Leonard Nimoy who played the character of Mister Spock on the TV show Star Trek passed away, people in Canada have been defacing (re-facing?) 5 dollar bills to make Sir Wilfrid Laurier look like Spock.

Bank of Canada is pleading with Star Trek fans to stop “Spocking” its five dollar bills. Since Leonard Nimoy’s death, Canadian folks have been “Spocking” the hell out of the five dollar bill that features a portrait of Canada’s seventh prime minister Sir Wilfrid Laurier.

Is writing on Canadian currency a crime? Actually, no.

It is not illegal to write on bank notes in Canada. There are prohibitions, however, on reproducing a current Canadian bill electronically. The question of whether it is illegal or not to write or make markings on Canadian money came up after the death of famous actor Leonard Nimoy. His most famous role was that of Mr. Spock in Star Trek. Following his death, many fans around Canada began inking his features on Canadian five dollar bills which show a portrait of Sir Wilfred Laurier, Canada’s seventh prime minister. … However, the Bank of Canada has expressed strong objections to mutilating or defacing bank notes because ultimately, writing on bank notes limits their life. … 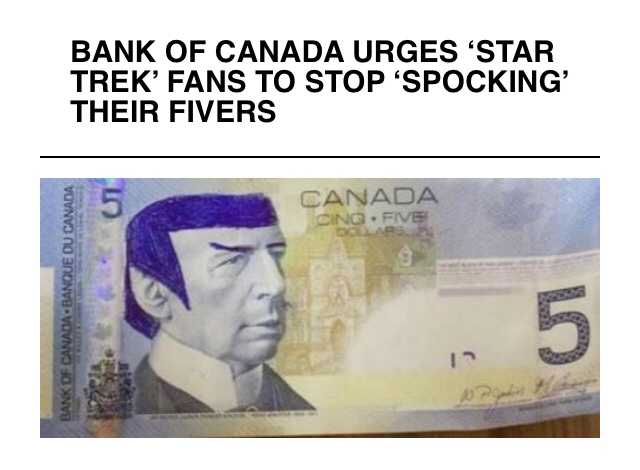 To me he looks a bit more like Severus Snape in this one than Spock, but anyway, stop Spocking the fivers. Wait, someone else agreed:

American currency is not immune to re-facement.

That’s according to the federal Bureau of Engraving and Printing, or BEP, which quite literally makes money.

So, are these bills unusable? 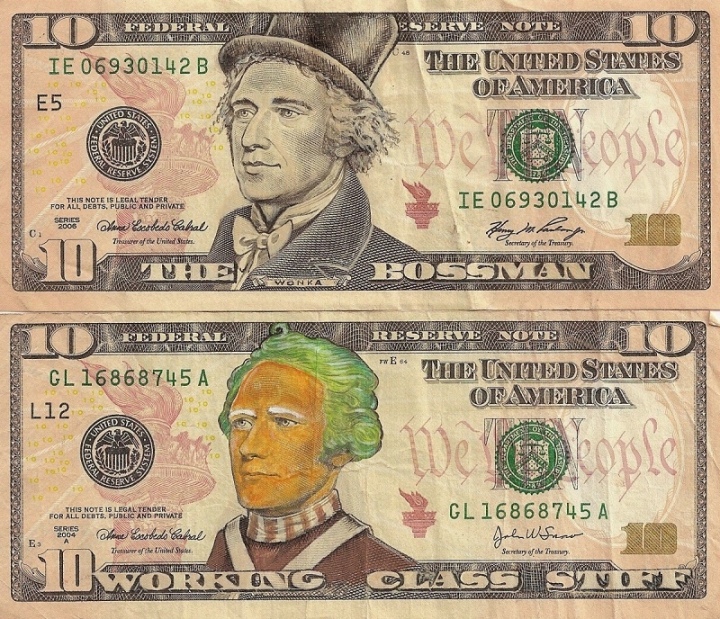 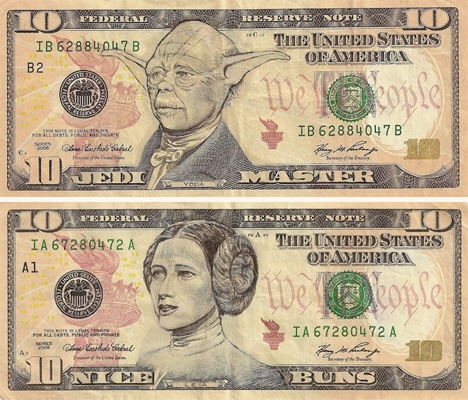 And so on. There are plenty more on line if you look. I would guess that they are not still usable. Would you take one as payment?