An explorer from the USA named Victor Vescovo has used a Triton submarine to boldly go where no one has gone before. While doing so he discovered what appears to be a new animal species never before seen by humans in one of the most isolated places on Earth. Here’s a still image: 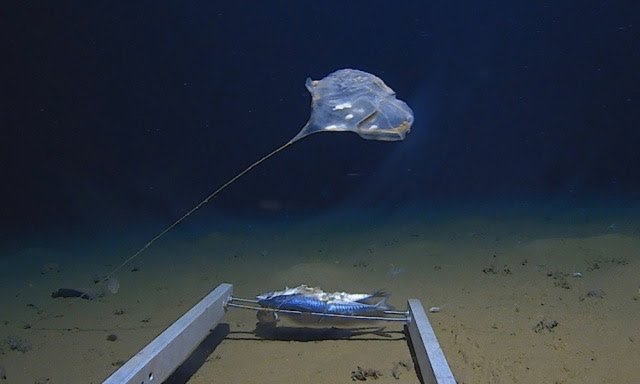 In the submarine called Limiting Factor, Vescovo descended 23,596 feet into the deepest part of the Java Trench in the Indian Ocean, becoming the first human to dive to its depths. …

This was his third dive as part of the Five Deeps Expedition and it occurred April 5, though it was just announced this week in a news release.

It was at the bottom that the team captured video footage of an extraordinary gelatinous animal—perhaps a stalked Ascidian (aka Sea Squirt) which does not resemble anything seen before.

Congratulations to Vescovo on the discovery and the journey.

One thought on “New Species Recorded During Historic Dive”