Things get weird in Florida, as all followers of the misadventures of Florida Man know. This time it’s some epic stupidity and felony “taking of an alligator” in Palm City, Florida. Newsweek has the details:

Two Florida men were arrested after allegedly catching an alligator and encouraging it to bite one of the men’s arms while forcing it to drink beer, according to a report from TCPalm.

Authorities say Timothy Kepke, 27, and Noah Osborne, 22, were both arrested Thursday after enacting the scheme in Palm City, Florida. The men were charged with one count each of unlawfully taking an alligator, a felony.

According to the report, Kepke says Osborne had caught the alligator at 10 p.m. on August 26 in Palm City. He apparently took the animal from the side of a road with his bare hands. … After apparently sharing beer with the alligator, the pair released the animal back into the wild.

Others have done this in the past. Similar stories are on the net. 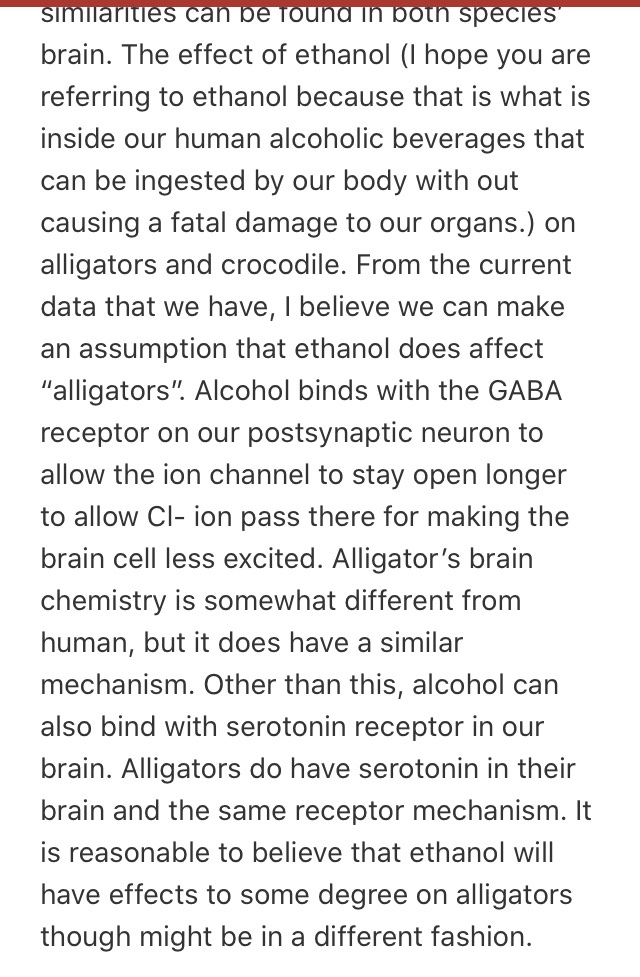 Now you know, alligators can get drunk, but it’s not interesting or cool. I recommend getting a higher quality of fame by breaking some world record. There are plenty to be attempted.

Not everyone likes the taste of beer.