At the Emerald Downs racetrack the gates open and the race begins, but instead of thoroughbreds, a mass of people wearing oversized T-Rex costumes bursts forth, running as fast as they can. 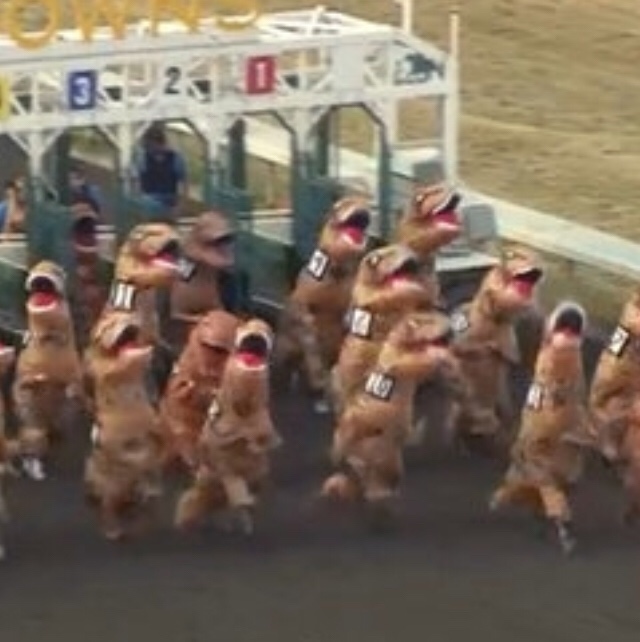 Saturday’s race marked the third year in a row that T-Rexes have sprinted at Emerald Downs. After a video of last year’s event drew the attention of ESPN and lured more than a million viewers online, officials decided to make the race more formal, using the track’s starting gate to ensure a fair and equal start.

… It all started with TriGuard Pest Control of nearby Renton. In just a few years, the company says, its annual group outing at the track somehow evolved into its sales reps sprinting down a horse track wearing floppy dinosaur suits. … 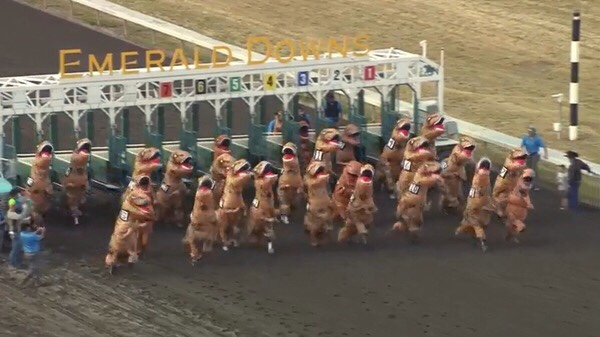 Next year the event is planned to be even bigger.